Rebecca is best known as a successful racing driver, however you may also know her as a TV presenter or motoring journalist - plus she is a very established businesswoman and an effective after dinner speaker. Rebecca also loves cats.

It’s safe to say that Rebecca has quite a few strings to her bow, and she is always looking to add more. Rebecca graduated with a 2.1 Business Degree, obtained at university in Bath. In 2007, she launched a used car business selling budget cars for under £1000. Since launching, she has sold 450 cars over 9 years, and developed RJ Prestige Cars, which includes Rolls Royce Jaguar and BMW in the stock list of cars for sale, and she also offers other services such as consultancy. 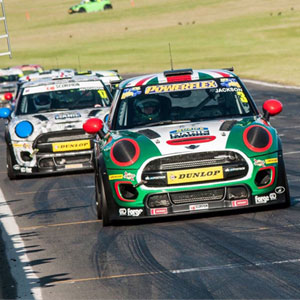 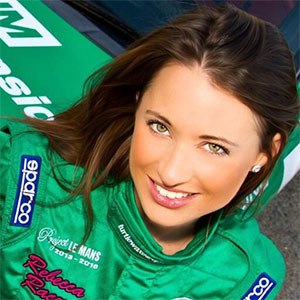 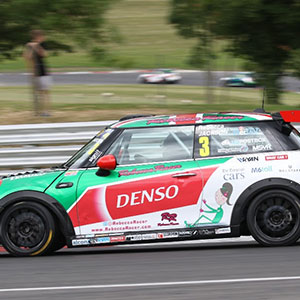 Racing has been a lifelong passion, and in 2011 Rebecca debuted in the BRSCC Porsche Championship with the Porsche Racing Drivers Association. Without prior experience of rear-wheel drive, and racing in a 35-year-old white Porsche 924, Rebecca finished 8th of 16. Things have moved characteristically fast since then, culminating last year, in her participation in the world’s most prestigious motor racing event, the 24 Hours of Le Mans.

It has been quite a ride! Along the way, Rebecca has embraced a variety of new challenges in the world of motor racing and beyond - from competing in the European GT Series, presenting ITV4’s I Want That Car, and appearing on Fifth Gear, to contributing to the Daily Telegraph, as a motoring journalist. Meanwhile, her achievements in the business world, have seen her awarded the Michelin Inspirational Woman title three years in a row, in recognition of her trailblazing progress, in a typically male-dominated domain.

And that’s not all! Rebecca holds a Guinness World Record. On 9–10 June 2015, Rebecca and fellow motoring correspondent Andrew Frankel, set a new Guinness World Record for the highest number of countries visited by car, using a single tank of fuel in an Audi A6. The countries included; the Netherlands, Belgium, Luxembourg, France, Switzerland, Austria, Liechtenstein, Germany, Slovenia, Italy, Croatia, Bosnia, Serbia and Hungary. The event was supported by Audi and the RAC; the pair travelled a total of 1159 miles, at an average speed of 49 mph. 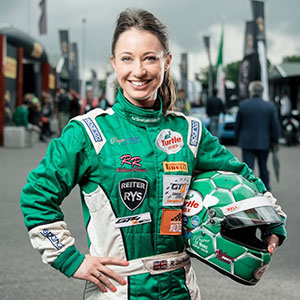 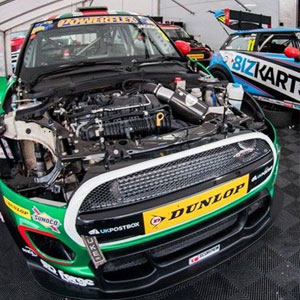 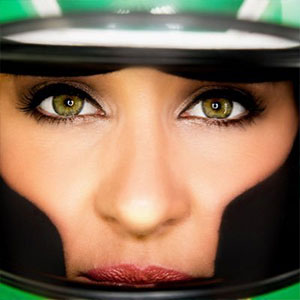 So why UK Postbox? Spending a lot of time on the road, and with fingers in lots of different pies, means that Rebecca can take full advantage of our mail forwarding service, wherever she may be. Whether it's on the track in Le Mans, in her prestige showroom in Reading, or on a TV shoot, Rebecca is secure in the knowledge that her postal mail, both personal and business, is accessible to her instantly, wherever she is in the world, through her dedicated UK Postbox account.

Rebecca says “Letting UK Postbox take care of all my mail means I am always ahead of the game. I always know what has come in right away, and if it's important, I can deal with it immediately. I used to find it a real bore coming home and opening all my mail, now I can sit down with a cup of tea and the cat, which is far more relaxing”.

UK Postbox is now proud to be supporting Rebecca as a sponsor for her 2017 racing season. You can follow Rebecca on her Twitter feed below or find out more on her website